Review Save Book a table
Been here To visit

You'll find this branch of Dubbel Dubbel right next to Esperantoplatsen. Said to be a little edgier than its sister restaurants in other parts of Gothenburg, the food served is the same - top notch dim sum and dumplings and other Asian-influenced delights.

Choose from different kind of dumplings and other small dishes such as tempeh in Sichuan sauce and chili and ginger-spiced fish. You can also order one of the restaurant's set menus, which come in three different dizes and in meat, vegetarian or vegan variations. Accompany your meal with interesting natural wines and craft beers, or one of their innovative cocktails.

In good weather you can sit and eat outdoors in the small but delightful al fresco dining area.

Be the first to review Dubbel Dubbel Surbrunnsgatan! 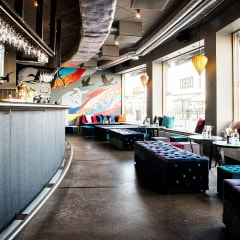 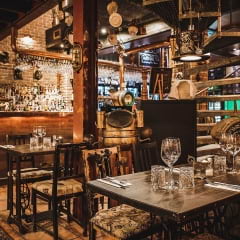 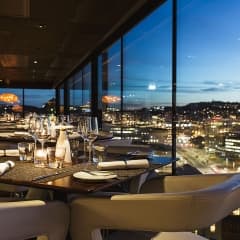