Review Save Book a table
Been here To visit

Dubbel Dubbel's third restaurant is on Polhemsgatan, on the ground floor of the GP (Göteborgs Posten newspaper) building. Unlike its two sister restaurants on the west side of town, Dubbel Dubbel's third outpost serves lunch in the form of Chinese homecooking. In the evening they serve dim sum and hand-rolled dumplings. There's also a café where you can buy artisan bread, pastries, Fairtrade coffee and freshly-pressed juices.

Dubbel Dubbel Polhemsplatsen is a multi-faceted spot. In the evening they serve Chinese dim sum and dumplings and in the daytime, the Polhemsplatsen premises functions as a café and lunch restaurant serving Chinese homecooking dishes. Dubbel Dubbel has other branches in Gothenburg, but this restaurant close to the central railway station is the city's largest dim sum and dumpling restaurant.

The aim at Dubbel Dubbel is to do justice to authentic Chinese cuisine. The menu consists of dim sum, homemade dumplings and other Chinese dishes, all made according to traditional recipes. As is the custom in Chinese food culture, dishes are served as soon as they're ready and shared around the table. At Dubbel Dubbel you can either choose a few dishes yourself, or try one of the set tasting menus. Green plants and wooden walls set the tone and create an intimate atmsosphere, regardless of how many there are in your party. On the drinks front, there's beer, from China, Japan and local Gothenburg breweries, as well as well chosen wines and cocktails inspired by east Asia.

Lunch at Dubbel Dubbel is a popular affair. Chinese homecooking dishes are the order of the day, and the menu changes weekly. You'll find tasty and filling lunch dishes at wallet-friendly prices, whether you prefer meat, fish or vegan options. Salad, coffee and a cookie are always included. 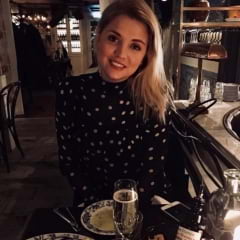 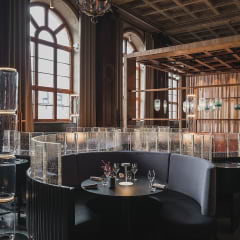