Review Save
Been here To visit
TGI Fridays Täby Centrum

Fridays in Täby Centrum shopping mall oozes Friday vibes all week long. As well as hanging out and enjoying American culinary classics and cocktails, you can watch major matches on the big screen and book in a separate chambre séparée for special occasions. Or why not combine lunch with a little shopping?

Fridays has several branches in Stockholm, all of them authentically American. The menu includes their famous Jack Daniel's burger, ribs, wings, pasta, milkshakes and a separate kids menu, along with decadent desserts such as sundaes, "Brownie Obsession" and "Oreo Madness". Sports fans can watch the match on the big screen in the bar, which has happy hour every weekday. 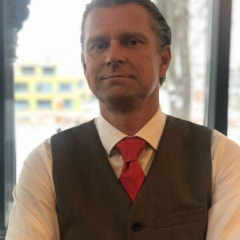 The best American restaurants in Stockholm The guide to family-friendly restaurants in Stockholm

The best hamburger joints in Stockholm