Shellfish, charcuterie, ready meals, organic delicacies and fresh bread. Just some of the delights you'll find at Urban Deli's food hall on Sveavägen near Hötorget. Urban Deli's restaurant, café and hotel are right next door, all under the same roof.

Since Urban Deli opened on Nytorget in Södermalm the successful concept has led to several new branches. both in the city centre and just outside. Organic groceries and locally-grown vegetables pack the shelves and counters are filled with everything from meat and shellfish to healthy ready meals and juices. Create your own salad in the ”Salads & Stuff” salad bar, and grab fresh baguettes and rolls from Urban Deli's own bakery. You'll also find raw bars, chocolate and other goodies on the shelves.

If you're on the run, there are ready prepared meals, including vegetarian curry dishes, sandwiches, chia pudding, healthy smoothies and much more. You can buy organic meat, oysters, crabs, cheeses and other delicacies over the counter. 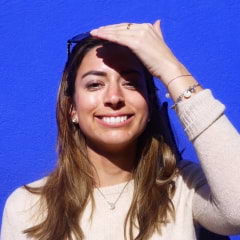 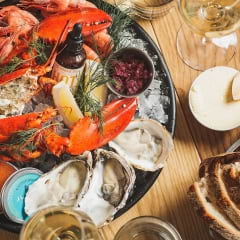